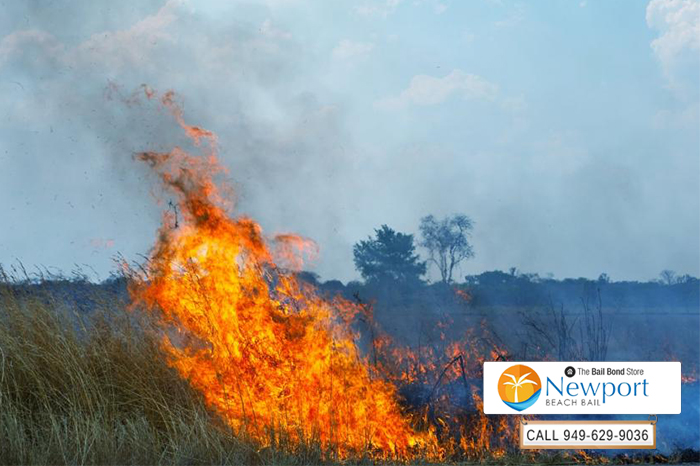 Summertime is the peak of California’s wildfire season. This is when firefighters are more frequently out for long periods trying to contain and put out brush fires before they spread any further. The majority of California’s wildfires are in Southern California where the hot, dry air along with the winds encourage the fires to spread quickly, leading to residential evacuations and for some, the destruction of property as it gets engulfed in flames.

Wildfires can and do begin because of the weather, but some are even started by arson, which is a crime that is defined as intentionally setting a fire to property or land. Some wildfires also begin because of reckless burning, another crime where a person begins a fire but fails to put it out or control it, thereby allowing the fire to spread and endanger property and human life. An example of reckless burning is throwing a lit cigarette into shrub even though posted signs say not to do this. That tiny little cigarette that barely has a flame can cause a major wildfire.

There are varying penalties for arson and reckless burning in California, and it largely depends on the extent of the damage the fire has done. Believe it or not, intentionally setting fire to one’s own property is also illegal, and is a misdemeanor. If the fire damages other property and/ or forest land, or causes injury to others that person may be charged with a misdemeanor or a felony, depending on the circumstances. However, if the intent was malicious, the arsonist is charged with a felony. If someone dies from the fire, the arsonist may also be charged with murder, in addition to arson.

Fires are dangerous and can quickly get out of hand. The damage can be extensive, and the consequences are set to match that. Like we mentioned above, you can be amazed at how big a fire can grow from one small source.