Is Being Homeless a Crime in California? 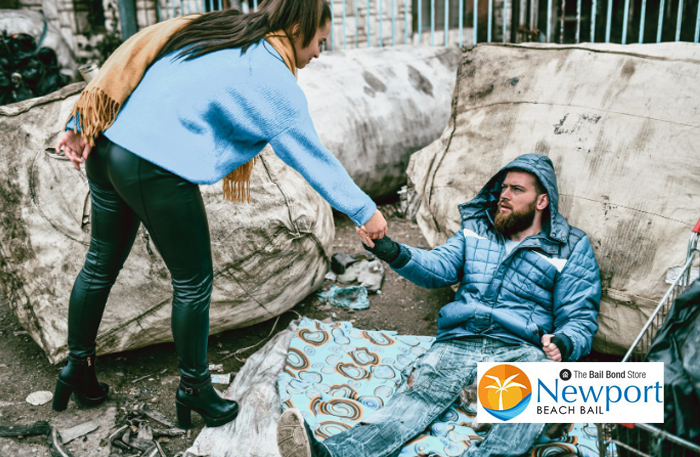 In theory, California isn’t a bad place to be homeless. Sure, the high cost of living makes it difficult to get back on your feet, but at least the weather is nice all year round so if you have to sleep outside a few nights a week, it shouldn’t be a big deal.

California lawmakers have made being homeless in California, even temporarily, extremely difficult.

One of the biggest rumors that comes out of California is that homelessness is illegal in the state. That’s not quite true. Strictly speaking, being homeless isn’t a crime, but as one man said, state and local laws make everything the homeless population does to survive a crime.

In 2018, Kimberly Sandoval, a member of Santa Ana’s homeless population summed up the problem. “Stop criminalizing us, because that’s what they’re doing. It’s not illegal to be homeless, but everything we do is illegal.” At the time Sandoval had been homeless for about 15 years and had just been ticketed for having spare bicycle parts.

At the time Sandoval was struggling to figure out how to survive when she’d been issued tickets for having everything from a tent to a lawn chair. The reason for the tickets was a city ordinance that Santa Ana lawmakers had passed the year before. Each ticket made Sandoval, who had no other options, life much harder.

Santa Ana isn’t the only city whose homeless population has drawn fire. It’s estimated that there are over one thousand different laws throughout the state that are popularly known as anti-homeless laws. These include laws that make it illegal to sit/sleep in public areas such as parks. In many cities, it is even illegal for someone to sleep in their car, something several people do during the summer to gain some relief from California’s excruciatingly high rent fees.

Many people feel that the anti-homeless laws aren’t working the way state and local lawmakers hope.

“California has a lot more laws than other states,” Professor Jeff Selbin, an employee of UC Berkeley’s Policy Advocacy Clinic, explained. “Unfortunately, what may be a good fix to move that person from your street or put boulders on your sidewalk for example is not going to solve the [bigger] problem.”

Selbin’s thoughts were echoed by Jennifer Friedenbach, the Executive Director of the Coalition on Homelessness. “The laws that go after homeless people exacerbate homelessness typically everywhere that they’re used. People can’t get in touch with their social workers because they’re being moved from place to place.”

While it is becoming increasingly clear that the laws created to discourage homelessness aren’t working, at this point, lawmakers don’t appear to be in a big hurry to change anything. If you or someone you love is homeless in California, it’s in your best interest to find a good legal advocacy group that will advise you about how to proceed when you encounter legal problems connected to California’s various “anti-homeless” laws.

By jenny|March 3rd, 2021|Uncategorized|Comments Off on Is Being Homeless a Crime in California?